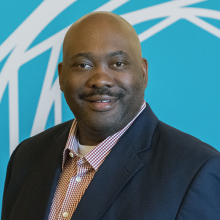 At Tenable, we look forward to working with our partners on Capitol Hill to move the IoT Cybersecurity Improvement Act forward and strengthen the security of federal networks.

Billions of devices connect the world we live in and track our daily activities and patterns. From the smartwatch on your wrist to your front door security camera, your personal data and everyday movements enable our digitally transformed lives. Internet of things (IoT) devices are also enabling more advanced technological capabilities for the federal government, including critical infrastructure, and it’s critical to ensure that these devices are cyber-secure.

Many IoT devices are shipped with existing vulnerabilities, which can heighten risk. For example, many devices include factory-set, hardcoded passwords. Other devices can’t be patched or updated. This presents critical security gaps and leaves networks vulnerable to cyberattacks and data compromises.

The IoT Cybersecurity Improvement Act would require the National Institute of Standards and Technology (NIST) to develop recommended standards for the use of IoT devices by the federal government and would issue guidelines for each agency consistent with those recommendations. In consultation with cybersecurity researchers and private-sector industry experts, NIST would also be required to publish guidance on policies and procedures for reporting, coordinating, publishing and receiving information about security vulnerabilities in devices used by the government and the resolution of such vulnerabilities. Additionally, the Office of Management and Budget (OMB) and the General Services Administration (GSA) contractors and vendors would be required to adhere to these established NIST guidelines.

NIST’s recommended standards for federal IoT devices would act as a key baseline to help agencies manage their risk. It would also be an important step towards addressing the standards gap and the cyber exposure gap for IoT devices. The current lack of guidance continues to put the security of federal agencies at risk.

Tenable strongly supports the bill’s call for NIST to include Cyber Exposure considerations in a report on the increasing convergence of IT, IoT and OT devices, networks and systems. Cyber Exposure, a way to manage and measure the modern attack surface, helps organizations accurately understand and reduce cyber risk. Ultimately, Tenable believes there must be a shift in mentality away from traditional IT management for IoT to more self-healing IoT devices. This would reduce the burden on consumers so they don’t need to serve as system administrators for each device. Further, we will need to build stronger trust in consumer IoT devices, as they tend to have access to much more personal information (photos, health data, etc.) about us than computers. We applaud the development of standards and guidelines at NIST to help assert that trust.

The IoT Cybersecurity Improvement Act is an important step to help secure the billions of IoT devices that connect our world. The government has significant buying power, and stronger federal procurement standards for the security of IoT will lead to stronger security practices in the commercial marketplace as well. We also believe this legislation will play a strong role as the government works to manage its collective cyber risk. Finally, other nations are moving forward with IoT security regulations and requirements and we believe it is important for the U.S. to play a leadership role in IoT security policy.

Developing advanced cyber hygiene practices is in the best interest of the global ecosystem. We urge the Oversight and Reform Committee to advance this critical piece of legislation and we hope it will be considered by the full House and Senate in the near future. We look forward to working with our partners on Capitol Hill to move the bill forward and strengthen the security of federal networks.

The Implications of DHS-TSA Directive Pipeline 2021-1

The Department of Homeland Security has issued key guidance for oil and gas operations in the wake of recent cyberthreats. Here are three practical ways to disrupt attack paths in your OT...
Michael Rothschild
May 28, 2021

These Are the Building Blocks of Effective Vulnerability Management

High-performing cybersecurity teams base their actions and investments on actual risk to the business — not theoretical scores or news headlines.  If you're like most cybersecurity...
Jeff Aboud
May 13, 2021

The Path to Zero Trust: Is it Time to Rethink What We're Calling a Vulnerability?

Reconsidering how we define "vulnerability" is more than a thought exercise. It could represent a sea change in how organizations manage risk. For most of us in cybersecurity, the definition of "...
Renaud Deraison
May 12, 2021