CISOs Tell All: Everything You’ve Ever Wanted To Know About CISOs in 2022 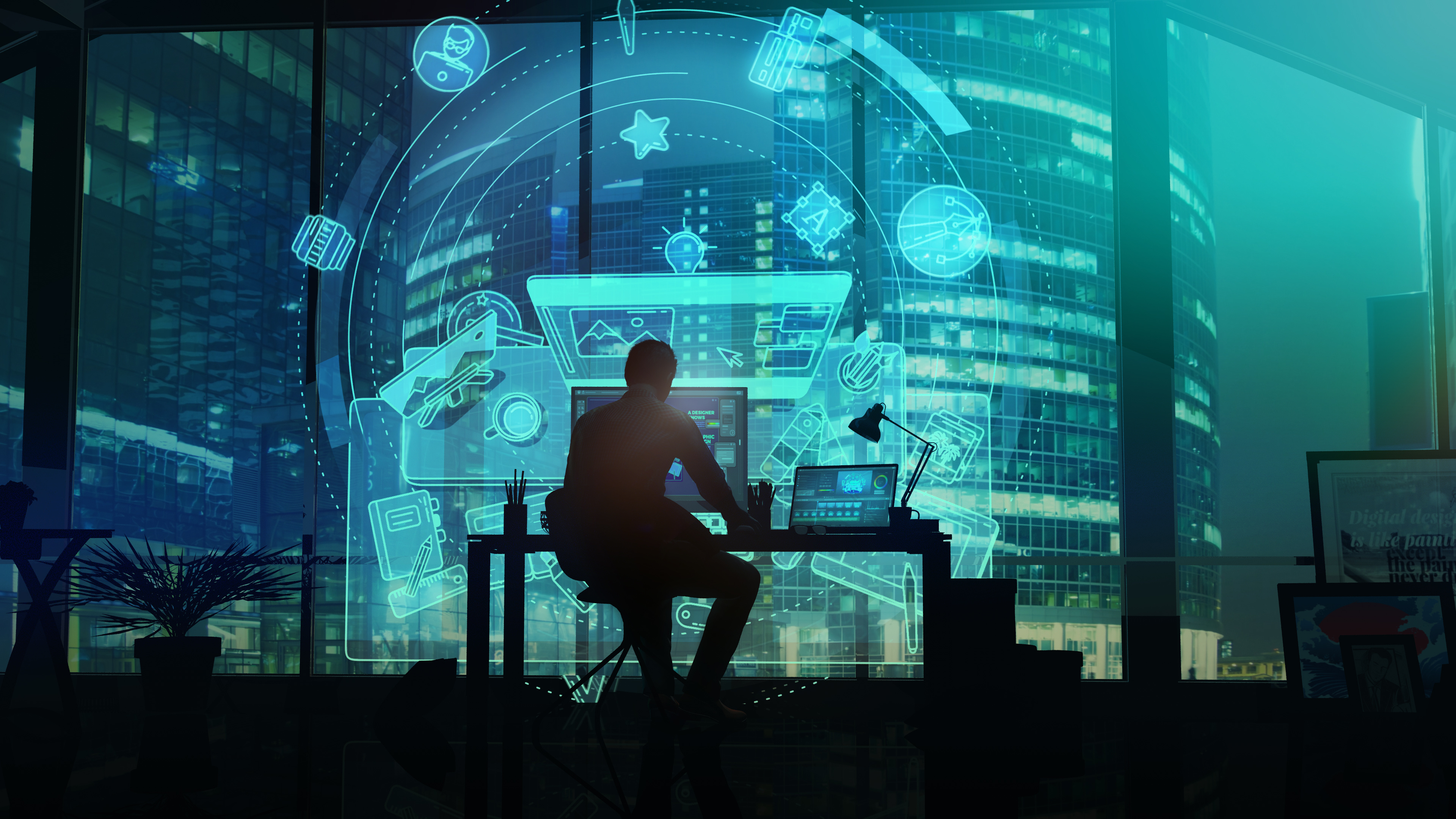 You’ve got questions and they’ve got answers. A global survey provides a snapshot of what it’s like to sit in the CISO chair, as these cybersecurity leaders face increasingly sophisticated cyber threats and heightened expectations from their organizations.

They're questions that most cybersecurity professionals have about their CISOs. Which career path do they take on their way to becoming cyber chiefs? How long do they stay at their jobs? How much do they earn? And, most importantly, what keeps a CISO up at night?

The third annual global survey of CISOs from executive search firm Heidrick & Struggle takes a deep dive into the organizational structure and compensation data from top cybersecurity leaders around the world.

The 2022 Global Chief Information Security (CISO) Survey polled 327 CISOs from the U.S., Europe and Asia-Pacific. While most respondents were predominantly from the U.S., other countries such as Australia, Belgium, France, Germany, the Netherlands, Singapore, South Korea, and the U.K. were also represented.

What CISOs had to say

The survey revealed some significant findings in the following areas:

Tenure length. In an encouraging trend for job stability, 77% of respondents said they've been at their current position for at least three years, up from 56% of respondents in 2021's survey. Additionally, almost two-thirds of CISOs who have been in their current role for less than a year came from a previous CISO role, highlighting a broader trend that CISO roles are often terminal.

Team size. In comparison to last year, CISOs' team size grew, with the share of CISOs with the smallest teams dropping from 38% to 31% while the share with the largest teams rose from 18% to 21%. Team-size growth reflects increased investment by organizations in cybersecurity. And with burnout being a key concern among CISOs, larger teams may, over time, help to reduce it.

Personal risks. CISOs reported burnout, stress and higher-than-usual staff turnover as the highest personal risks associated with this role. It is recommended that organizations succession or retention plans so that CISOs do not make unnecessary exits. 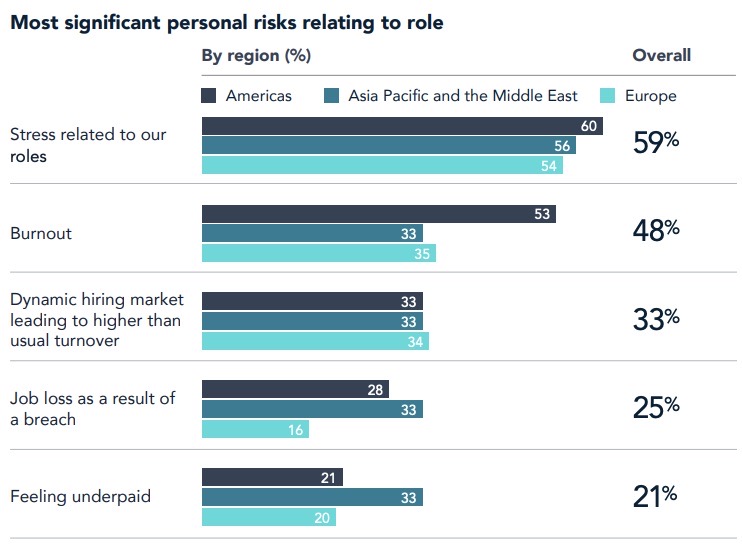 Where do CISOs see themselves in the future?

Although there's an increased focus and investment in cybersecurity, the study found that there is still not enough interest from organizations in having CISOs become board members, though this could change in the future. Outside of board roles, the career path of a CISO still remains tricky. Despite 38% of CISOs globally reporting to their CIO, only 13% see that as an ideal next role. Therefore, the career path for CISOs moving forward still remains unclear.

Jirah Mickle joined Tenable in 2021 as the Content Marketing Manager. Her mission is to inspire humanity and change the world around her, one story, one person, at a time. Jirah uses her writing, research and storytelling skills to help organizations understand why cloud security is so important in today's digital landscape. Her work aims to educate cybersecurity professionals on cloud security trends and challenges and empower enterprises to level up their security to protect their cloud infrastructures. When Jirah is not working, she enjoys traveling, dancing, watching classic sitcoms and films, spending time with family and friends, tennis, volunteering and blogging.

Visibility of the Unknown: Understanding EASM and How It Can Help

External attack surface management (EASM) is difficult and oftentimes confusing, especially in a world of poor inventory controls and a growing attack surface. This blog discusses what's required to do EASM successfully.

What Happens When the Metaverse Enters Your Attack Surface?

Tenable polled 1,500 cybersecurity, IT and DevOps professionals about their top concerns in the nascent virtual reality worlds of the metaverse. Here's what we found out.