SaltStack recommends immediate patching after their disclosure of three new vulnerabilities, two of which are rated critical and can be remotely exploited without authentication.

On October 30, SaltStack published a pre-announcement advisory regarding three new vulnerabilities which had been discovered in Salt versions 3002 and earlier. The pre-announcement advisory stated that two of the vulnerabilities were likely to be rated high or critical severity and that updates would be released on November 3. In the November 3 advisory, SaltStack provided additional details about these CVEs and included a strong recommendation to prioritize these updates.

CVE-2020-25592 is an improper authentication vulnerability affecting users running the Salt API. Due to a validation issue when calling Salt SSH via the salt-api, an attacker could bypass authentication by simply supplying any value for “eauth” or “token” which would grant them the ability to run commands using Salt SSH.

CVE-2020-17490 is a low severity vulnerability in the SaltStack TLS module affecting any minions or masters which have used the create_ca, create_csr, and create_self_signed_cert functions. According to the information provided, private keys were created with world-readable permissions when these functions were used. The patch corrects this to ensure that private keys are not created with world-readable permissions.

Both CVE-2020-16846 and CVE-2020-17490 are credited to a researcher going by the nickname KPC, who reported these vulnerabilities through Trend Micro’s Zero Day Initiative (ZDI). KPC is also credited with four ZDI IDs which are listed in the upcoming advisories page, though we cannot confirm if those IDs are related to the recently disclosed vulnerabilities. 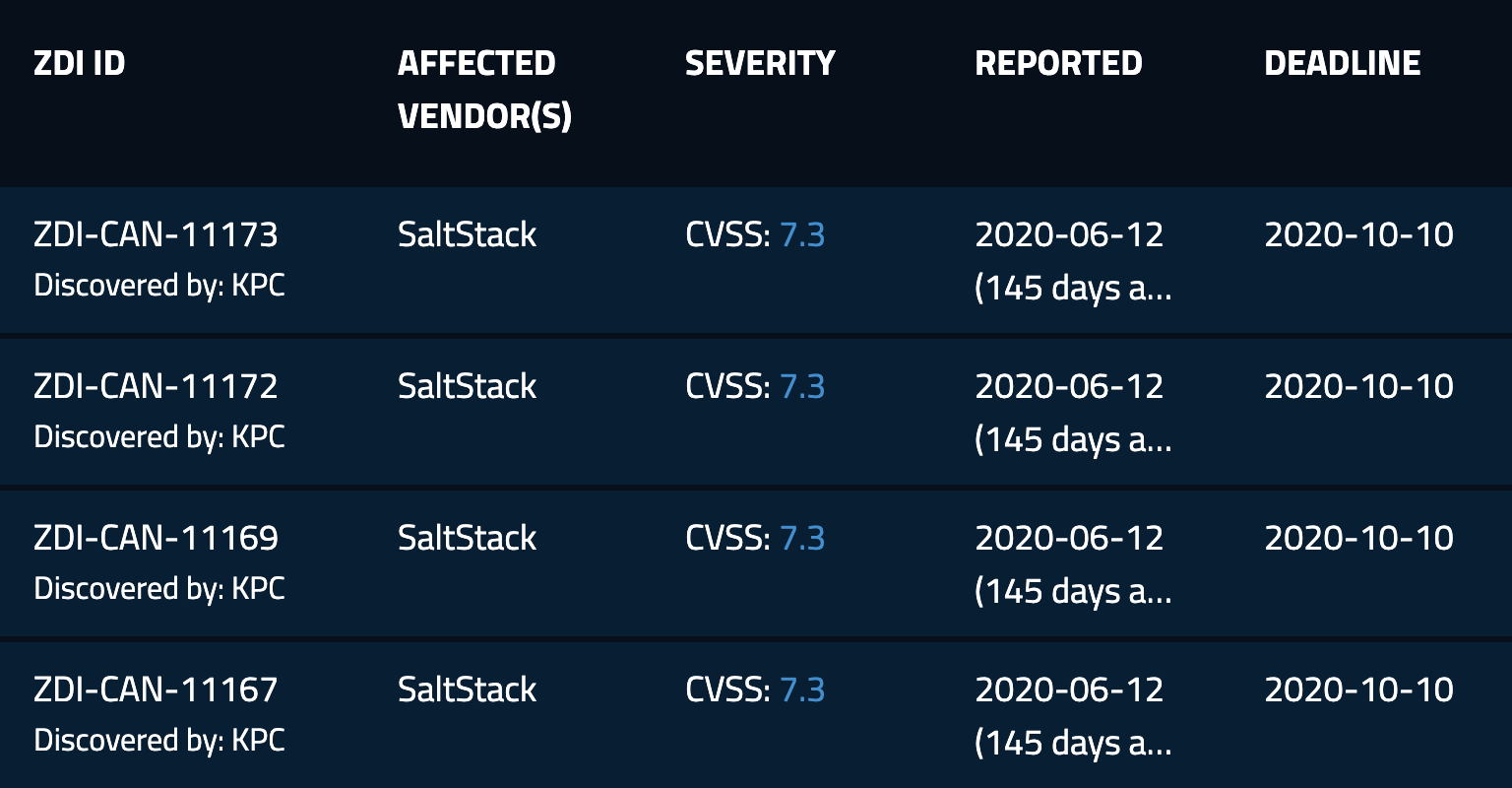 Ghosts of Vulnerabilities Past

The announcement of these critical vulnerabilities is reminiscent of flaws in the Salt framework disclosed earlier in the year. CVE-2020-11651, an authentication bypass vulnerability, and CVE-2020-11652, a directory traversal vulnerability, were both seen actively exploited just days after their patches were released by SaltStack. With a pre-announcement and advisory from SaltStack both encouraging users to apply these updates quickly, we anticipate attackers will be targeting these flaws and releasing exploits soon.

According to data from Shodan, there are over 6,000 Salt master nodes publicly accessible, with a majority found in the United States. 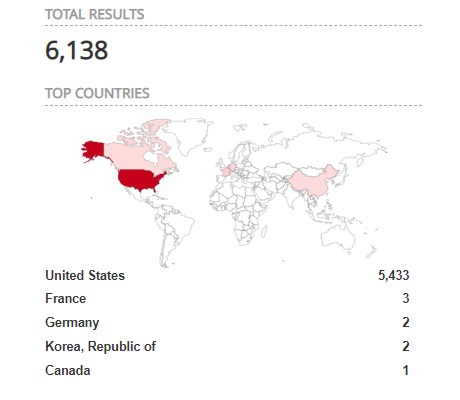 We anticipate that attackers will likely target these systems in the near future. Therefore, we highly recommend ensuring that these updates are applied as soon as possible.

At the time this blog post was published, no proof-of-concept (PoC) code was available for any of the vulnerabilities.

SaltStack has published updates addressing all three of these CVEs. The following is a list of versions which have patches available:

The patches available have been released for the following versions:

SaltStack encourages users running older versions of Salt to update to one of the versions listed above prior to applying available patches.

Scott joined Tenable in 2012 as a Research Engineer on the Nessus Plugins team. Over the years, he has written hundreds of plugins for Nessus, and reviewed code for even more from his time being a team lead and manager of the Plugins team. Scott now manages the Security Response team, helping lead the efforts for the research organization to respond to the latest threats. He has over a decade of experience in the industry with previous work in the Security Operations Center (SOC) for a major domain registrar and web hosting provider. Scott is a current CISSP and actively maintains his GIAC GWAPT Web Application Penetration Tester certification.

Interests outside of work: Scott enjoys spending time with his family, camping, fishing and being outdoors. He also enjoys finding ways to break web applications and home renovation projects.